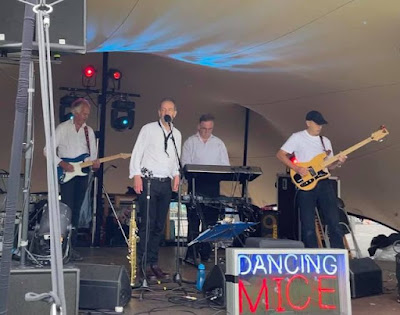 This was special, we had been invited to play at Fringe By The Sea 2020 after Gig 51, but alas CoVid intervened. However, the invitation still stood, so we played in the Harbour Lighthouse Tent, 400 watchers. Windy but sunny day, a great memory. Two slots with an interval:

Setlist pt.2 Death Makes You Feel Like A Man, Watching Waters Rise, Waterboy Blues, (We Were) Always On Our Own, Standing In For Love, No-one Wants You Watching, Red Star, The Science Of Survival, Selling The Party. Encore: A Physical Husband.

Soundman: Andy. Weirdly blustery sound on stage, but OK in front apparently. Wobbly PA needed sorting during Pt.2 but didn’t cause any delay.

Tense before soundcheck, had left music stand struts in boot of the car which was parked 10 minutes away up the hill. 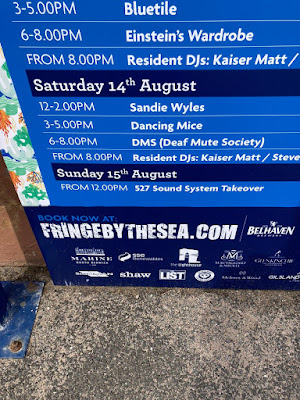 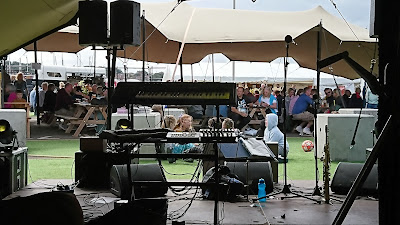 Posted by amoffoot at 21:46 No comments:

Visited WGH last week, went to old DSN1, my second housejob , sadly looked grim and brought back memories of a pretty strange time, viz: being told to phone ex-KIng Constantine of the Hellenes to get him to authorise the rapid transfer through customs of a neurosurgical electrode from New York to Edinburgh, and to arrange for it to be sped up from Heathrow with a police escort. 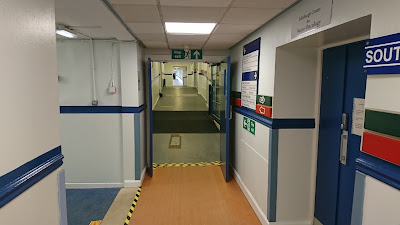 Posted by amoffoot at 19:14 No comments: