This offering from Scottish electronic act Dancing Mice has the feel of musicians who have just discovered all the different sounds a synthesizer can make. As a result, they try to fit in every possible sound they can in what sounds like an experiment in the possibilities of electronica.

Most of the resulting sounds from this trial range from the nondescript “Blue Screen,” the horns at the beginning of this track giving the impression of an ‘80s pop ballad, adding to the innocuous sound, to “Poison,” an interesting electro-tango that features so many different pieces of melodies that it can’t seem to find its own groove. Several tracks feature high-pitched, tinny electronic loops that fight with, rather than complement, the core rhythm, like on “Nunc Dimittis,” where the strong guitar and haunting chanted vocals are overpowered by distracting sound effects, and “Roger’s World,” where rattling effects at the end ruin the palpable mournful atmosphere.

However, there are spots where the experiment pays off and the sounds come together in more satisfying ways. On “(We Were) Always On Our Own,” while the background is too busy and again interrupted by high-pitched sound effects, the compellingly airy main melody and emotional lyrics – “How could all these days have ended / One last look into your eyes before you go” – make it worth multiple listens. Here, as on the album’s strongest tracks, the focus is on the content of the song, not as much on the various audio tricks available. “Jerusalem’s Home,” though it drags near the end with a repetitive melody, begins with a heavy bass sound combined with sea-chantey style vocals, a combination that by all logic should not sound as good as it does. The highlight of the album is “Gone Girl,” an electronic take on the rockabilly ballad The melody is infectious, the sound effects are kept to a minimum, and singer Ian Deary provides an appropriately wistful vocal for the melancholy lyrics – “His life was filled with stories only he believed.”

Solferino illustrates the gamut of possible results of experimenting with sound. Sometimes the combination of sounds doesn’t work, resulting in a mess, as on most of the album. But the few bright spots are all the brighter because of the musical risks taken, creating a memorable, engaging and truly unique sound.

Posted by amoffoot at 18:10 No comments:

Bumped into my Barber

In Bonnyrigg, he is thinking of opening another branch, which would be handy.

Posted by amoffoot at 18:36 No comments:

and do an advanced search.

Posted by amoffoot at 01:09 No comments: 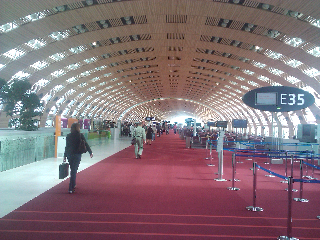 Posted by amoffoot at 13:32 No comments: 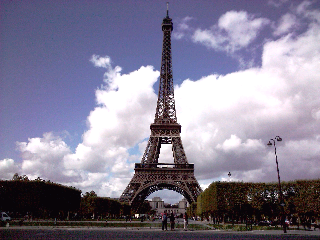 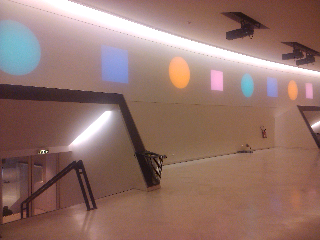 Posted by amoffoot at 17:59 No comments: 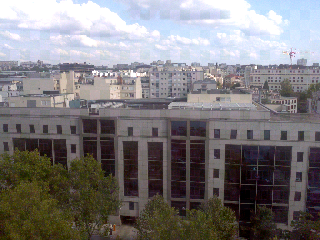 Posted by amoffoot at 16:28 No comments:

I completely share your frustration and anger at what's happened to this project over recent years.

But I can only ask you look at all the background reports on the options that were before us at the last Council meeting - the risks associated with pressing on to St. Andrew Square (just now) were monumental and would have seen the Council's debt levels rise to over £1.5billion, requiring over 11% of our annual revenue budget to service that in interest payments alone every year. In addition, cancelling the project would cost the Council hundreds of millions.

Frankly, in the current economic climate, we simply could not support the St. Andrew Square option. It would have meant £15.3million of Council-Tax Payers money being spent on tram interest payments every year for 30-years, instead of on Education, Social Work, Parks, Libraries and all the other services the Council delivers.

We thus considered the Haymarket option was preferable. It was the lesser of several evils that were before us.

We have received a very high level of representations urging that the project budget 'not be extended' simply by dependence on the Council Tax Payer, and at the expense of other Council Services.

We will look at what has changed at the meeting on Friday and base our decision on the information that we are presented with.

Mr Moffoot
I note your preference for a cancellation of the project but will be honest and say that I cannot support a cancellation at this stage, after so much has been spent. I would prefer to spend some more and have something to show for it, rather than cancel the project and still have to find more than £100M to cover all the cancellation costs and refunds of developer contributions. I know that prudential borrowing would commit the council to significant repayments for around 30 years but we would then have a tram line running into the city centre and I hope this will make plans for the extension to the original Newhaven destination all the more possible.
As you rightly point out, I have received a significant number of emails from people still wishing to cancel the project at this stage, but I can honestly say this is closely matched by the emails I receive supporting the St Andrews Square option. Those people are either supporters of the project and accept this as step 1 towards the full line to Newhaven, or are from people who are not particular fans of the scheme but would rather see something for the £700M than nothing.
Would I have started the project knowing what I know now? Perhaps not, but I do have to make a judgement based on where we are today, and as I did with residents who contacted me prior to the June Council meeting, I have been honest in saying I just cannot agree with the rationale behind cancellation at this stage.
When there are different views it is not always easy to reach a decision and whichever way I (and the group) go, some will be satisfied and some will not. I appreciate my response is not necessarily what you want, but I want to be honest about where I stand on this with you, and give a direct reply.
Louise
Cllr Louise Lang
Liberal Democrat for Leith Walk ward
Vice-convenor, Regulatory Committee

Posted by amoffoot at 01:19 No comments: